Never look at a good day and think there is nothing wrong.

David was having an incredible good period this evening after school.

Then his sister came home from volleyball.

His sister went for a shower, David saw opportunity and took it.  Now we have a missing iPod.

It isn’t so much the missing device as it is David’s response to being caught stealing.  Plus we still don’t have the device back.

plus, I fell down.  Not good when you have vertigo issues.  So we are searching for the iPod.

Why do we blame David?  Because that is what he does.  Plus the boys each have their own mp3 players.  Plus, this morning he had my Kindle, last week it was mom’s iPad.  Before that it was cell phones.  Mine, both brothers, sister.

Not to mention all of the house phones.  He has had them cached in his room.  batteries missing from most.  the ones that aren’t missing have had their names changed from Living room to iPhone4 or something like that.

so I ask you “What is he plotting now?”

We finally stopped asking him where it was because he was carrying on so badly we were afraid that the sheriff was going to come.

For those who think a good spanking is the cure… live a week in our lives.  Spanking does nothing.  It is not the answer.

For those who are thinking we should lock the doors… we do have the door to the kids upstairs bedrooms locked at all times.  He knows how to steal the keys to unlock the door. 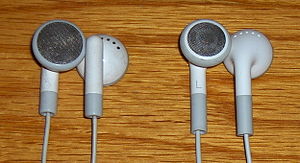 UPDATE – September 8, 2012
David in all his histrionics about how he was innocent and had no idea where the iPod was bore out to be lies.  But we already knew that.  Shortly after he went to bed, I was laying in my bed and observed him playing with something under the covers.  A little while later when he fell asleep, I uncovered him, rolled him to one side and found the iPod.

It has been reset so she will have to reinstall any apps, music and videos, but at least she has it back.

3 thoughts on “what is he plotting now? Updated”