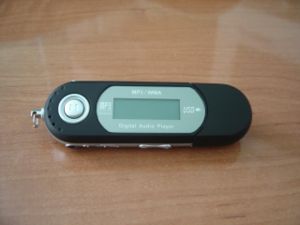 David is in a safe bed.  Another child in residence had some foreign currency and an mp3 player.  David asked the child about it and was told that the mp3 player came from staff.  Since David is home bound, when everyone else went on an outing, he stayed behind with staff.

The others came back to the house, and the child discovered that the items were missing.  Social workers were called.  David called the social worker a lot of interesting things and said that “dad was going to fire her…”  or something to that affect.  The police were called.

The police searched David’s room and couldn’t find anything.  David was busy blaming another child.

The social worker searched David’s room and found the mp3 player hidden in a structural component of the building. 🙂  Imagine that!

The money couldn’t be found.

So David tried to tell the police that the social worker planted the mp3 player.

After the police left, and the social worker left, David gave up the money.  But not after an extensive series of lies as to its location.

For the record, we don’t see ourselves as heroes.  We are ordinary people dealing with extraordinary situations.

Like many other parents, we feel success and failure in any given day regarding what our children do.

I was asked once if I would adopt David again, if I knew then what I know now about him.  Easy question to answer.  Yes.  I would.  He is worth it.  He deserves a family just like any other child.