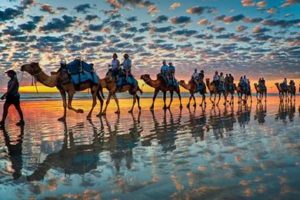 Today we had our visit with David.  He was uncooperative at first.  So mom and I explained to him that his transfer to a facility out of state is pending.

He asked us why.

So we explained that since he is not listening, not working his program, antagonistic to his peers and generally uncooperative, that the current facility wants us to transfer him to another more restrictive facility.

He said he doesn’t want to move.  For the record, we don’t want him to move either. More on that in a bit.

We asked him what he wants for Christmas, as we may need to celebrate Christmas early with him if the transfer goes through before Christmas.

His response broke our hearts.  “I want to stay here, I don’t want to move there.”

All in all, it ended up being a positive visit.  As we returned him to the residence, I explained to the staff what we had discussed with David.  I then told David I loved him very much, and asked for a hug.  He gave me one.  But not without some hesitation.

I explained to staff that David was rather bouncy.  It was indicated to me that he has been edgy and more energetic recently.  It is worse when it is cold outside and they can’t be outdoors.  So I asked when the last medicine change was.  Late July early August.

David was born addicted to drugs.  As a result, any medicine has an effective period of no more than 90 days.  Sometimes less, sometimes more.  They are lucky that David has been good for as long as he has, especially since we are over 90 days.

I explained that we need to start changing his meds now.  Before behavior worsens.  It is the only way to get him to maintain any kind of stability.

I really dislike the fact that every time his behavior turns toward negativity, or more negativity than normal, I have to explain about the medicine changes.

Most of the treatment staff has been with David since he was placed there over a year ago.  So frustrated.