Last night, I was given the wonderful opportunity to be part of a panel of speakers regarding cultural diversity.   There were four speakers, myself, an African-American, a gay person, and someone whose name matches a name on the terror watch list.  It was an interesting two hours.

I was the last speaker for the night.  I don’t know how long I talked, I didn’t sing any songs.  I didn’t hear a lot of laughter like the other speakers received.  I just told David’s story.  Like I have before.  Started at the beginning with the day care, and then transitioned to the adoption.  From there to how a he was defined as a “special needs” adoption just because of his skin color.

I spent part of the time talking about lost friendships because of his skin color.  So many things.  Then I moved into the school years and all that this entailed.  Fighting for support, fighting to not have David locked in a little room while people watched him through the window on the door.  I talked about the alphabet of diagnoses that David has, and how that has affected our family.  In addition, I discussed the fear that David imparted in our family, and the reason for his placement in a residential facility. 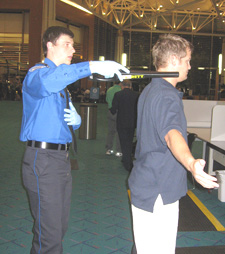 At the end I talked about growing up with Native American step-brothers.  About Indian Joe, a friend from my childhood who absolutely refused to play anything but the cowboy when we played Cowboys and Indians.

I also talked briefly about my experiences with TSA at the Denver airport.  Because I use canes to walk… and wear knee braces.

Thank you KW for inviting me to be a part of your panel. I hope that it is something that can be done on a regular basis.  More people need to be aware of Culture.  Like JR said, we all bleed red.