the psychiatrist says that David’s behavior is because he is bored.

I wonder home much of his current behavior might have been prevented if he had been allowed to attend public school.

Our school district would indicate that the school they wanted to enroll him in was a public school.  And it is.  I can’t argue that point.  What I can argue is that he would have been the youngest one there, and that the school is really a residential treatment facility with a day program.  I can argue that it isn’t the least restrictive environment because he has to be driven there 58 miles one way each day.  this means that to start school at 8:30, he would need to leave home at 7.

This wouldn’t be an issue if we lived in the country, but we don’t.  If he was allowed to attend the school here in our district, he could walk to school in 15 minutes, or I could drive him in 5.

So I say again, how much of his behavior could have been circumvented if he had been allowed to attend public school.  We asked for one hour a day to start with.  Is that really so much?

The school also has asked me to put in place a “Service Plan” that is to be filed with the Superintendent’s office.  However I can’t find anyone who can tell me what the content of the service plan is.  The school tells me to talk to Department of Public Instruction (DPI) and DPI tells me to talk to the school.  One time the superintendent even told me to ask my wife.  (my wife teaches in Special Education in another district).

I am submitting a request to the Attorney General of our state for an opinion on the matter.

We are in the process of hiring an attorney, however this is hampered by the cost.  With my on disability, we don’t have a lot of extra cash to throw around.

People tell me that we should just move to another community.  Our house is months from being paid off.  Our state is experiencing a 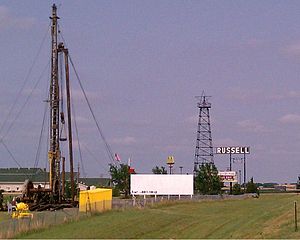 housing crunch right now because of an oil boom called the Bakken.  So it isn’t easy to just up and move to another community.

So I am frustrated.  On Thursday, my wife and I will celebrate 18 years of marriage.  On Sunday is Father’s Day.

I am not sure how much more my health can take.  I do know that we will include it as one of our points in any legal fight with the district.

I am frustrated that what I say here is being used against my son by the school district.

I am curious what the outcome of last weeks meeting with Social Services will be.  Until tomorrow friends.  Remember, no matter how rough today is, tomorrow is always a chance for a fresh start.

3 thoughts on “frustration and other things that are important”