bingo, we have a winner – update from the hospital

Well yesterday, we took our youngest to the hospital and admitted him to the psych unit.

Today I got a call from the doctor in the ward.  He asked me why we had not been giving David his medicines.

When I explained that we had been giving them to him four times a day, and watching him take them, the doctor began to see things a little more clearly.  Evidently David has not been swallowing his medicine. The blood work doesn’t show any rittalin or zyprexa in his blood which means he hasn’t swallowed any for at least three days.

So now we are going to get him back on his medicines, and work on getting some compliance issues taken care of that will ensure that he takes his medicine like he is supposed to. 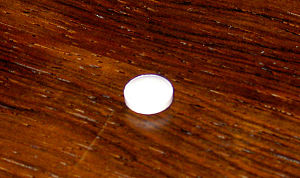 « have i failed as a father?
Life, Liberty and the use of a computer »